A life lived with a purpose for a purpose

Father Frido spent most of his life in service to migrants and working in schools. A life well lived with the people who needed him most. His memory will never live the world; he did what people may call divine intervention in the lives of the migrants and the host communities. Wherever he moved he left a mark which even the floods will ever remove, his legacy will be told for generations to come. He had room for children, adults, and the elderly. He was friendly, loved all, listened to their stories and became part of them.

Fr. Frido with the children: his love for children was paramount, the children in our childcare centre pay him visit every morning and afternoon and he welcomed them with smile and gentility. He had chairs for them and they talk together for long. What can only be heard between them is the rocking laughters and the yelling of the children and holding his hands.

Fr. Frido and the JRS staff: he was a great encourager. He took each staff individually, he gave a warm smile which makes one feel at home than at work. This gave an enthusiasm and a good environment to work hard and whole heartedly. He always talked about love for one another; he was so patient, approachable and available. He gave room for personal development and growth.

Fr. Frido the listener: Father listened to you as no one has ever listened to you before; he gave all his attention and care wholly, while attending to you. He never judged any, but listened and encouraged you to go on with your life and work. He was always available and caring, had no favoritism, everyone mattered to him. Father bought any constructive ideas you shared with him and even added compliments to ideas and suggestion.

Fr. Frido the man from God: he celebrated mass in a very special way, as if it is the first mass you have ever heard in life. It flowed like a gentle wind and if he meant to stress something he did it in a way that you really felt it. He enjoyed the music and the liturgical dances which the migrants performing, during the offertory time the children gave their offertory to him, in his hands and he used to enjoy that most. He was a charismatic leader wanted to lead all in the straight path making you feel at ease. He created an atmosphere that made one say life is beautiful and worthy to be lived and making it meaningful.

Fr. Frido the true missionary: he lived a true missionary spirit, right from his ordination he worked in many places especially in Africa where he spent his missionary live among the South Sudanese, Congolese, Somalis, Sudanese, Ethiopians, Eritreans among others.

Fr. Frido the Educator: he valued education for everybody; if possible he wanted all migrants to go to school especially the most vulnerable members of the group. He had the ability to shape the future leaders for a better society by building inspired and positive generation.

Fr. Frido during the lockdown: he was like the Joseph of the time; he stood for the refugees and fed them during the complete lockdown of COVID-19. He struggled to feed more than 30,000 migrants here in Uganda with the support of F his friends and especially his former students. HE FED 30,000 WITH BREAD.

Fr. Frido the smiling one: he was a smiling father; he gave a smile that lights the whole world with joy and a very contagious smile, which we will live to remember.

Despite Fr. Frido’s health condition, he never showed or complained about it. Little did we know that he will leave so soon. He was so tolerant and made himself to live peacefully with his health condition.  However we received the news of his birthday to heaven and there we bid him farewell, with heavy hearts. Fare thee well Holy Father may the angels accompany you. 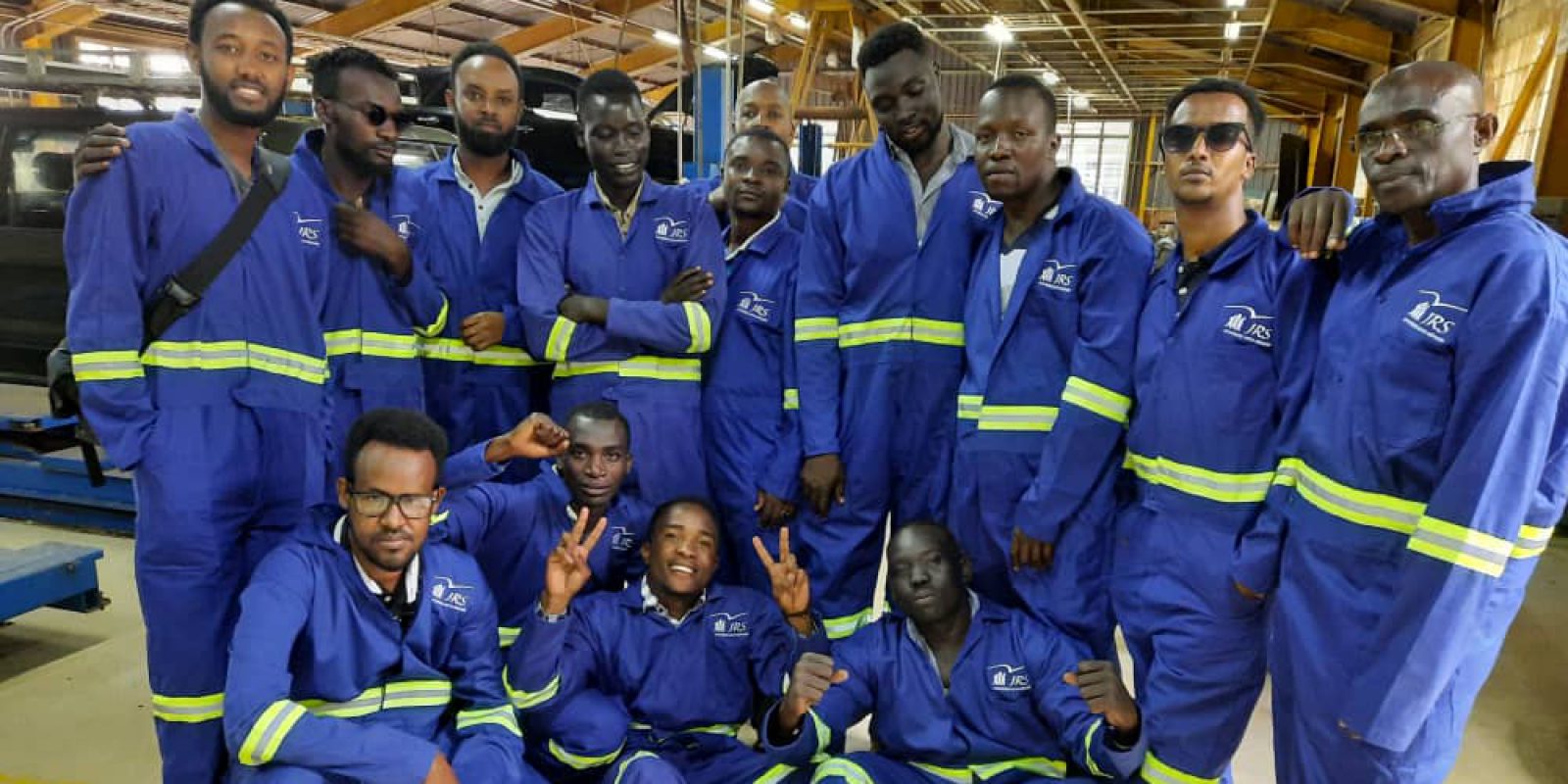