Joseph, a life of refuge, street… and resilience

Joseph, a life of refuge, street and resilience.

Name: Joseph Akoni
Age: 28 or 29 (he is not sure since there is he was not registered at birth)
Country of Origin: South Sudan (Ethnicity: Dinka)

When he was only 1–2 years old, Joseph’s father was killed in the Bor Massacre, in November 1991. Their house was burned and his mother, his older sister and him had to ran away from South Sudan.
They used a canoa to cross the Nile, and did some other parts on foot. He explains that they were surviving thanks to nuts and blueberries that they found in their way.

They reached Kakuma few years later. But in 1999 he escaped to Nairobi and became a street child. Until he was found by Sr Louis, a German nun working at JRS.

After the dead of the father, and following their tradition, the brothers of the husband have right to have the widow. Joseph’s uncles were staying in the camp with them, and were abusing his mother and his sister for years. Result of that, the mother got more children while in the camp.

In face of the constant physical abuses they were suffering, Joseph decided to ran away from the camp, due to frustration and desperation. In addition to this, life conditions were specially tough in the camp by the time: host population was stealing their food rations, they were suffering from hunger, no running water no proper living conditions were secured in the camp… So he just ran away.

“I had nothing on me. I was only wearing a t-shirt, nor even pants nor shoes.” 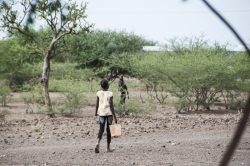 He was only 7/8 years by the time. Thinking that the trucks that were bringing the food rations to the camp were coming from South Sudan, he smuggled into one of them.

After three long days of traveling, hidden in the back part of the truck, he arrived to the destination. However, contrary to what he thought, it was not Juba, but Nairobi.

“I saw electricity for the first time in my life. I didn’t know where I was… It was full of big buildings, as the ones I had seen only in movies.”

“I saw this big glass, where I could see my reflection. It was like a big mirror. I had never seen something like this… back home we only had one mirror, small like this [makes a small circumference with his fingers, about 5cm].

I stood there for a long time, just watching at me. People exiting the building was looking at me and laughing.”

“A women came to me, saying something I could not understand. Now I guess she was asking where I was coming from… After a while, she left, and came back with some chips. I had never seen something like that before. She was showing me how to eat them. I understood nothing, until she started eating them. So then I ate.” 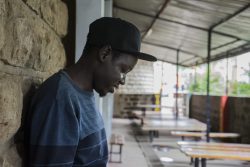 He became a street child.

“I did not know where to go. Every area was the territory of a different group of children. I just had to adapt”

Him and some other children used to collect cartons and bring to a lady who had a shop. She was giving them some shillings and some gatheri in exchange. That is how he managed to survive for few years. He was in the street until 2001.

One day he saw a group of South Sudanese, that drove him to Sister Louis, a german nun that used to work with JRS by the time.

“I wondered… who is this people? They look like me! So I followed them.”

Once the Sr saw him and realized he was a street kid, she gave him some clothes, shaved him (for the first time in more than 2 years!) and brought him to a boarding school. That is how he abandoned the streets and entered into formal education system.

He managed to continue his studies until finishing secondary education.

On the meantime, his family was still in Kakuma, not knowing where he was. Following the tradition, once someone goes missing, after a period of time the family has to do a burial with no body. So joseph’s family buriedand moaned him.

Once he got into school in 2001, one of his uncles happen to visit Nairobi looking for a scholarship. It was then where he saw the name of Joseph in a list of sponsored refugee students. He managed to reach Sr Louis who put them in touch.

It was then when he was able to visit again his family in Kakuma and explain what had happened. He returned to Nairobi to continue his education.

“They did a local prayer, welcoming back to life.” [he laughs] 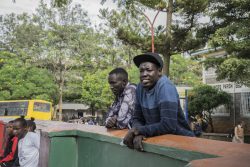 Few years later, in 2005, his uncles went back to South Sudan due to the harsh living conditions in the camp. And they forcefully took his sister with them.

In 2013 Joseph had the chance to go back to South Sudan, with the main purpose to find his sister. While he was there, his family was hosting a Nuer. The military found out and went to his house in the morning (but the Nuer friend had just left).

“They where asking me for the Nuer. I just asked them ‘But what have Nuers done?’ so they hit me until I was nearly killed”

The night after, while he was visiting another family members, the military returned to his home and killed his cousin. He had to ran away again to Kakuma, and then to Nairobi. Without any knowledge about his sister.

It was only few years after when his sister was able to contact him. His uncles had married her when she was still underage, with an older man, and she was staying in a remote village in South Sudan.

He is currently not in touch with the family he has in South Sudan, due to the bad relationship he has with his uncles.

He is not willing to go back to South Sudan now, since it is still not a safe place for him and his family.

“Even if the Parliament is dissolved, the people in power will not be elected by the people. There will still be the old men in power. It is us, the young people, who needs to bring peace to the country.” 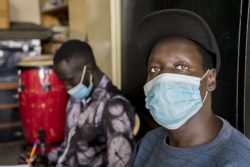 He points ethnic tensions and the corrupted power as the reason why there has been no peace in South Sudan.

He wishes to be able to continue studying soon, to enrol in tertiary education and finish his studies. He is currently living with some South Sudanese friends, moving from house to house time by time. He trains some youth to play basketball in church to get some small money and to give back to the community.

We will keep walking with Joseph, and any other refugee who needs support. Resilience is what defines people as him, and what makes us so proud about him. 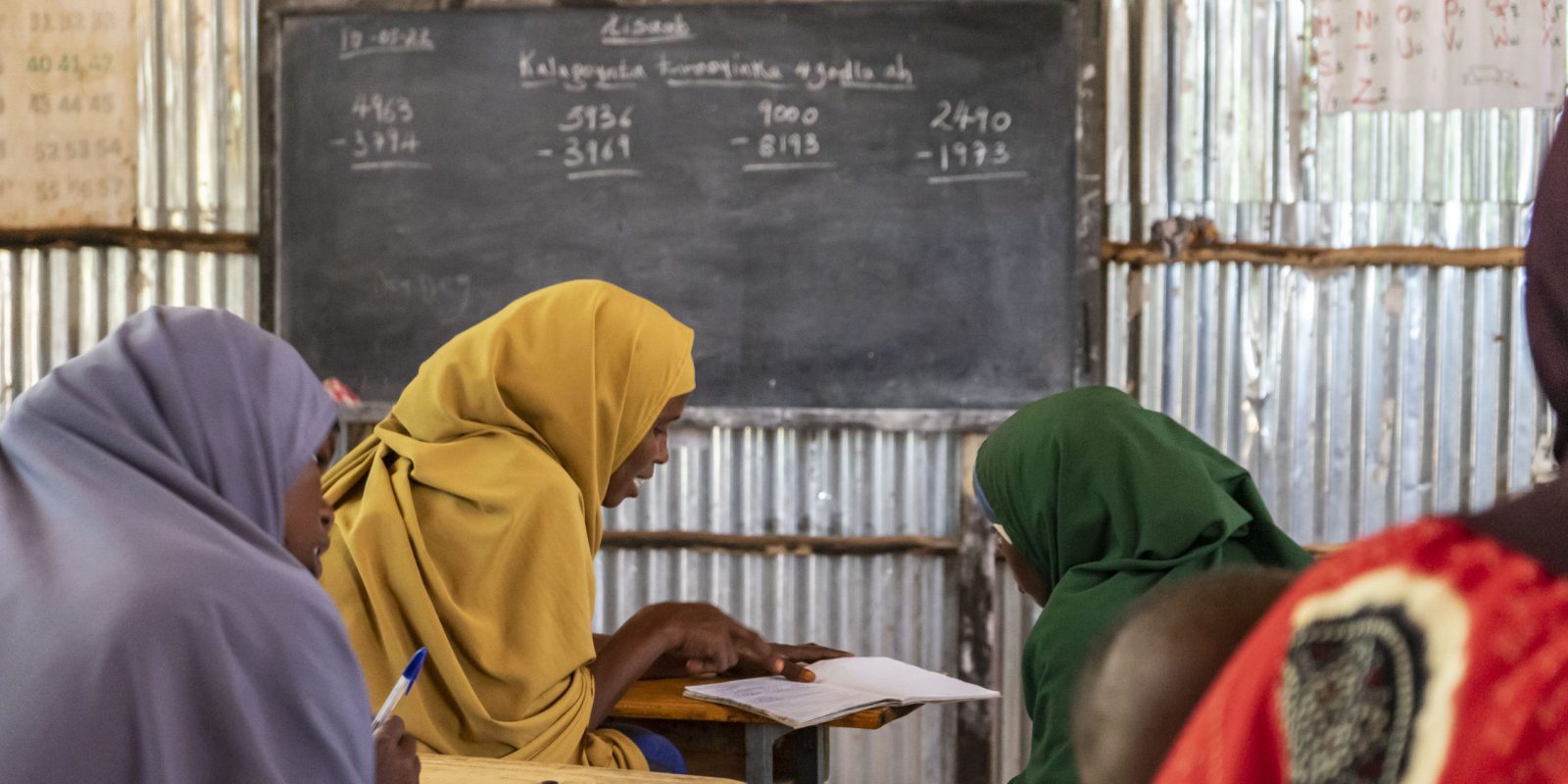 story
In search of freedom: a woman’s ordeal to flee Eritrea 25 May 2022